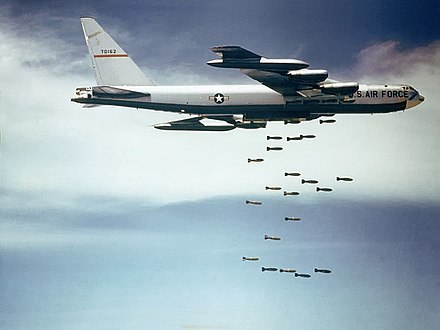 If I had Narcissistic Personality Disorder like our president, for whom it has served well, I would make the claim that I ended the Vietnam war. Obviously, I didn’t. But coincidence had me there at the end, and there were some really wild coincidences.

Like the president, I was going to college and couldn’t be drafted. Unlike me, he dodged the draft after college by having a surely well-paid doctor say he had “bone spurs”. Also unlike him I was middle class. Unlike him, my draft lottery number guaranteed I wouldn’t be drafted.

And completely unlike our cowardly president, I joined the United States Air Force voluntarily, with three of my friends. I was nineteen years old.

I think the only time in my life my dad was ever proud of me was when he dropped me off for my flight to Lackland, Texas. One friend had no job and a baby that needed diapers, one had a draft lottery number that guaranteed that if he didn’t join he would be drafted into the infantry. I’m not sure why Ray joined, maybe to make his dad proud.

I was trained at Dover to be a driver, and assigned to AGE on the flightline, towing aerospace ground equipment from the shop to the aircraft and back, filling the generators with gasoline for the C-140s and other smaller planes, and JP-4 jet fuel for the flightline generators for the C-5s. Those generators had the same engines as fighter planes and were really loud. It was twenty years before I learned that all those big aluminum boxes were coffins bearing the corpses of dead soldiers.

I was transferred to U-Tapao, Thailand in August 1973, four days before the bombing of North Vietnam stopped. No, I didn’t stop it, Congress did. But I saw the last B-52 take off for Vietnam. If I were like Donald Trump, I’d take credit, but the credit isn’t mine to take.

I knew nothing about Watergate or streakers or anything else 1974 is famous for, except I had a hint of the Arab oil embargo from bhat bus and taxi drivers.

Imagine my surprise when I returned to America, and the newspaper headline was “NIXON RESIGNS!” in all caps with an exclamation mark.

I can’t take credit for that, either. Trump would have.

Saigon fell in April 1975, two months before I returned to civilian life.

No, I’m not responsible for that, either.