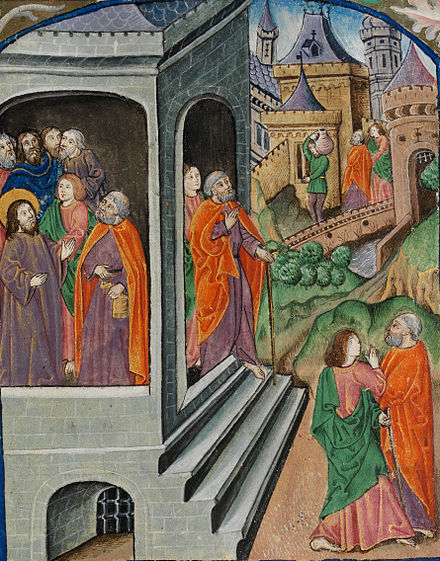 There is a very odd “coincidence” this year, one that I think is actually God’s will. Make no mistake, He is very angry with us.

Judge not, lest ye be judged yourself. Worry about your own sins, not someone else’s.

The coronavirus Covid-19 began in China, where God is against the law, around Hanukkah and Christmas, which came at the same time last year. This does happen occasionally, but is actually uncommon. Before 2019 the last time was 2011.

It made its way to the rest of the world, thanks to rich jetsetters who worship money. If this disease had happened a century ago, it would likely had been confined to China, since there were no jets and no airplane had ever flown across an ocean.

The first place the plague hit after escaping China was Italy, home of the wealthiest Christian religion in the world, a religion whose leaders had sheltered priests who had done unspeakable things to children.

The first place in the US it hit was Utah, home of the Mormons, who have begun to speak of allowing gay “marriage” despite the Bible saying that homosexual acts (not the homosexuals themselves) are abomination. The Methodists may be next. Yes, I said the plague wasn’t about homosexuality, it was about sin. “Judge not” means tolerate, but tolerance is not acceptance. Accepting what God calls “abomination” is a huge sin in itself.

Apparently the Mormons don’t take stock in Jesus’ words, “Thou shalt not tempt the Lord thy God”, since hundreds of Mormons stupidly greeted missionaries at the airport, despite city orders, common sense, and Jesus’ words. My Mormon ex-wife is no different, joining hundreds panic shopping at Hy-Vee when the Governor was to say the state was closing, then visiting friends fifty miles away two days later.

My daughters are livid. Their mother is stupid.

The importation of the plague started shortly before Lent. During this time it spread quickly to New York, the holy city of money worshipers. The Bible says the love of money is the root of all evil, and the love of money is idolatry, the worst of sins, the sin that took down the ancient Israelis time and time again. New York, money-worshiping capital of the world, is being hit hard as I write, and has been since before Lent.

On Fat Tuesday revelers spread the virus nationwide, but especially in New Orleans, where Mardi Gras is most heavily partied. They are now being hit hard, I believe because it has ceased to be a religious observance and has become a secular party day and a huge cash cow for many. Perhaps those who put ashes on their foreheads the next day were spared.

I’m not one to observe Lent; I was probably an adult before I knew of it, and heard it was a Catholic thing. I don’t think I’ve ever seen the word “Lent” in the Bible. But this year, everyone is observing Lent.

We gave up the St. Patrick’s day parade, and the bars first closed here on March seventeenth and remain closed. I and many other will be giving up our birthday celebrations. High school seniors will be giving up the prom, high school and college graduations will be pushed back. We are all forced to give up socializing.

Some are forced to give up paychecks, their god being taken away forcefully by God. The faithful know that God will not forsake them in this needy time.

The President wants it all to end on Easter, what the Pagans call their fertility celebration. Worshiping the fertility goddess Oester with her symbols the rabbit and the egg has become an American tradition.

We Christians who don’t worship money will be thinking of the ancient Jews, whose prophets said that they must have a certain sacrifice, sacrificing a lamb, and putting its blood on the doorposts and lentils and staying indoors so God’s plague would spare them. The eldest son of everyone who didn’t do this died from disease.

As the Passover is coming, with this biblical plague coming with it, it is good to read your Bible. Isiah 26:20-21 says “Come, my people, enter thou into thy chambers, and shut thy doors about thee: hide thyself as it were for a little moment, until the indignation (God’s indignation) be overpast. For, behold, the LORD cometh out of his place to punish the inhabitants of the earth for their iniquity: the earth also shall disclose her blood, and shall no more cover her slain.”

Praying to God to stop a plague will do you no good as long as you continue to worship the golden calf. And it might not be a bad idea to hold communion with yourself, making sure there is no yeast in your house and eating unleavened bread with wine, for communion, then painting your doorpost and lentil with a little of the wine.

“And as they were eating, Jesus took bread, and blessed it, and brake it, and gave it to the disciples, and said, Take, eat; this is my body. And he took the cup, and gave thanks, and gave it to them, saying, Drink ye all of it; For this is my blood of the new testament, which is shed for many for the remission of sins.” Matthew 26:26-28.

“This is my blood.” The blood of the lamb; the lamb that was sacrificed at the passover those thousands of years ago, and the lamb, our Christ.

But painting the door frame won’t help you if you continue to worship money. This plague is showing us just how powerless money is, against God, at least.