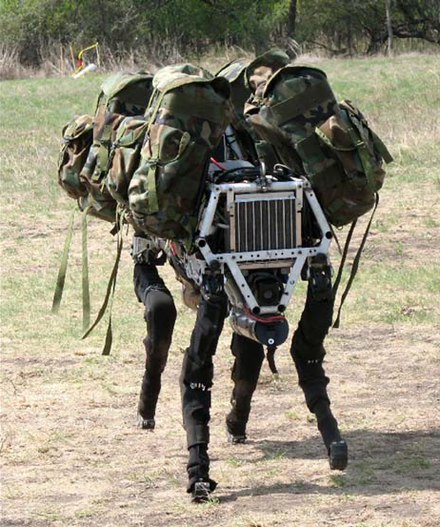 This was written last year but never published.

Before I talk of robots, I need to say a few words about my own robot that I reviewed here. In the review, I was steamed about today’s lack of ever giving anybody any manuals. I thought of this again when I put a box by the basement door, with the book on the top an inch thick manual for a quarter century old Sound Blaster; just a sound card, not a whole device.

Then today I noticed something a woman would have seen the day before I actually started the robot.

For hundreds of thousands of years, humans and their progenitors were hunter-gatherers. The men hunted game, women gathered nuts, fruits, other edible vegetables. This is why there are almost no color-deficiant women, as a color blind female hominid would have starved without charity. Likewise, evolution made men's sight so that movement caught his eye, so he could spot game. His eyes aren't wired to look for stationary things.

This is my sorry excuse for fucking up.

This afternoon I saw, on its edge, wedged between a cardboard box and a gallon of windshield wiper fluid, a booklet. It was the manual to the robot, and other than being as grammatically challenged as anyone with English as a second language, or a computer, it was actually a very good manual.

I owe the ILIFE people an apology. I was going to make an effort to change the Amazon review, but saw that there were thousands of reviews so I didn’t bother. I did see that the broom costs sixty bucks more than I paid.

It had been sweeping for less and less time every day for a while until it only swept for fifteen minutes, and I feared I had gotten a bum battery—then remembered some other devices’ lousy guessing at the battery charge, so I did a cold boot. It swept for hours afterwards.

Then there are the robotic meat puppets. One of Vlad's puppets, President Pinocchio, had been programming his few thousand meat puppets, half of whom were liars and the other half stupid enough to not only believe that the Democrats could actually rig an election in a Republican state, but in more than one! Then, of course, there were those who post things like “democracy is two wolves and a sheep deciding what’s for dinner.” I often wonder why these people don’t move to North Korea.

After months of programming these hapless fools, he ordered them to the capitol and told them they had to get mean. I wonder what they’ll think when they don’t get their expected pardons?

When the dust settled after the coup attempt, meaning kind of a couple of days ago, when he slithered out from under his rock, waved his hand, and said “people said it was innocent. These are not the droids you’re looking for.”

The Governator, who was a child in Nazi Austria during the “night of the broken glass,” likened the attempted taking of the capitol to the horror of that night.

If Trump and his legislative enablers don't face some harsh consequences for what they have done, you will see it happening over and over.

I personally prefer steel or plastic robots to meat robots. My floor has never been as clean.