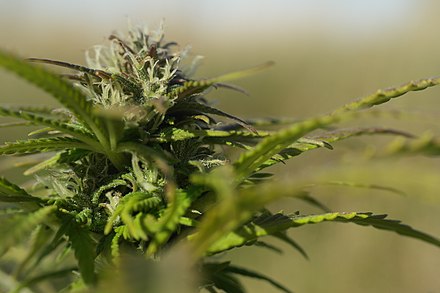 The first marijuana myth was invented from whole cloth by a high ranking federal bureaucrat named Harry Anslinger. Mr. Anslinger had been in charge of alcohol prohibition until recreational alcohol became legal in 1933, when he was transferred to the narcotics bureau, where he couldn’t convince congress to raise his budget enough to eradicate heroin use (as if eradicating heroin was or is possible).

Since congress wouldn’t give him the heroin money, he came up with an evil scheme to have congress outlaw a relatively benign plant in the hemp family. To do so entailed convincing congress that this Mexican Menace, Marijuana, was sweeping the youth of the nation (meaning White youth; some Blacks, mostly musicians, smoked “muggles” as cannabis was called a decade later). It was painted as causing insanity, rape, theft, murder. A feature length propaganda movie was filmed, released in 1936 and was titled Reefer Madness. You can find it on YouTube, both in its original black and white, and colorized.

Congress outlawed what was and still is known world wide as Ganja, with its scientific name being cannabis, under the racist, scary foreign sounding name “marijuana”—based on Anslinger’s, and later Hearst’s, bald-faced lies. Randolph Hearst’s newspaper empire helped in Anslinger’s scheme by running lurid stories about ganja in his newspapers. I don’t believe that he believed the lies; he had bought hundreds of acres of forests and woodlands to make paper with, and a competitor who made paper out of hemp had sprung up. As hemp is far better suited and far more practical for paper than trees, hemp paper was much cheaper, so Hearst endeavored to have hemp outlawed. All species of hemp, now known as the evil, foreign name “marijuana” became illegal.

Every bad side effect of every drug that had ever been invented was ascribed to cannabis, and worse. In the 1960s when the tobacco industry’s secret, that their product killed all their customers with cancer (not widely believed for decades later), cannabis was saddled with the lie that it was more carcinogenic than tobacco, as far into the future as the twenty first century, when scientists actually studied it. The results completely surprised them; even scientists are prone to believe their governments’ propaganda. They expected that those who smoked both cigarettes and ganja would have more than twice the cancers as those who only smoked cigarettes, but the data showed that smoking reefer cut cigarette smokers’ cancers in half. Nonsmokers had more cancers than weed smokers, although the difference was statistically insignificant.

Before the 1960s, the lies didn’t matter. Nobody but Blacks, jazz musicians, and Hispanics used hemp, and they didn’t matter. America was an Apartheid nation, no different than South Africa, and only White people mattered; at least, to White people and their White government.

Then came the Vietnam war.

The White soldiers, marines, airmen, and seamen worked side by side with Blacks, in a part of the world where both Black and White people were downright weird. Military members spoke English, the natives did not. Of the ones who knew English, most spoke it very poorly, almost as badly as I spoke Thai when I was stationed in Thailand in 1973.

Whites and Blacks both looked looked more like each other than Asians; facial differences especially, as well as height. The people living in Southeast Asia then were very short.

And the Whites and Blacks were both put in a completely alien world, where absolutely nothing looked anything like anything they had ever known; even the earth, the sky, the plants, the mountains, all were completely different from America’s.

The Americans sampled everything about this alien world their government had thrust them into; the cuisine, clothing, jewelry (gold was cheap in Asia then and GIs didn’t have to pay import taxes), and ganja, one of the few good things the poor GIs in Vietnam had. Of course, when they came home they brought their love of reefer with them. And the lies and myths started unraveling.

It was discovered by the war veterans that they had been lied to (of course, the war itself had taught them that). It wouldn’t kill you no matter how much you smoked or ate. As Willie Nelson famously said, the only way pot can kill you is if a two hundred pound bale of it fell on your head.

They found that unlike what mythology said, if you couldn’t afford it you weren’t going to spend the rent on it, unlike whiskey.

And of course they discovered that the stupid Reefer Madness movie was utter bullshit the first time they took a toke. Rather than wanting to rape or kill, they wanted to listen to music and giggle, often at things that aren’t normally funny, like The Firesign Theater or Reefer Madness.

So in 1970, President Richard “Dick” Nixon started his “war on drugs”, looking to arrest anybody who even looked like they might smoke “the evil weed”. Easy to spot, because reefer and rock gave men long hair and (gasp) BEARDS!

Since it was becoming well known that nobody had ever died as a result of smoking weed, they made up even more myths. The first was that “marijuana use leads to harder drugs”, which wasn’t really a myth at the time. Since the only reefer available was illegal and the only people who sold it were criminals, very often weed wasn’t the only criminality the dealers indulged in, often selling drugs like heroin or cocaine.

People forgot about Nixon’s war on drugs as he resigned the presidency in shame as I was returning from my deployment in Thailand, home of the world’s very best ganja (pronounced more like “gun shy” there but an English speaker can understand it). Vice President Ford was appointed after Spiro Agnew (“the silent majority” guy) resigned in 1973 and was put in prison for criminal conspiracy, bribery, extortion and tax fraud as a local politician in Maryland before being selected as Nixon’s vice president.

Ford, the only president in US history to never win a federal election, lost his re-election bid to a nuclear engineer, peanut farmer, and Georgia Governor James “Jimmy” Carter, who didn’t have a burr up his ass about weed like his predecessor did. However, an awful lot of police officers did. Once during Carter’s presidency I was an impoverished art student at SIU who couldn’t afford fifty cents for a pack of cigarettes so rolled my own. My wife and I went to a McDonald’s for coffee (we couldn’t afford a pound of Maxwell House or Folgers's, either). I had my Carter Hall tobacco in a baggie and we rolled and smoked cigarettes and drank our coffee (smoking tobacco indoors in public was still legal), and left. As I pulled out, a police car pulled in.

A couple minutes later he pulled us over. Although there had been some weird guy who seemed to be stalking us at McD’s, I had no clue why I was being pulled over.

I was being pulled over because I was a long haired, bearded man smoking something in McDonald’s that had been rolled by hand! The cop asked me to step out of the car, so I did, still holding my still smoking hand-rolled cigarette.

“What’s that you’re smoking?” he demanded. I hadn’t even realized I was smoking a cigarette; if you smoked back when you could smoke anywhere you’ll understand. I looked at my cigarette.

“Yes, sir, Carter Hall tobacco.” he looked confused. I pulled out the baggie and handed it to him. “Here, this is what I’m smoking.” He looked at it and smelled it, gave it back, and sent me on my way.

Voters sent Carter on his way, electing a bad actor (Bedtime for Bonzo) as president. A Republican, he re-started Nixon’s “war on drugs” but with a twist: Congress had refused to fund some shady overseas shit he wanted to do, so he turned the CIA into drug runners, importing cocaine.

His war on drugs was actually importing and selling cocaine to finance an illegal war. But the only “drug” he was trying to stop, despite his cocaine competition, was weed.

President Ronald Reagan caused marijuana to lead to harder drugs. Because of his war on “drugs” weed was hard to find until Iran-Contra bit him in the ass and he had to stop importing coke, but for a couple of years I hardly ever got high. “Got any weed, man?”

Many became addicted to cocaine, thanks to President Reagan’s evil reign. Hippies smoking pot became yuppies snorting coke. Cocaine’s effects are pretty much the opposite of weed; weed makes you laid back and laughing, cocaine makes you jittery, angry, and impatient. Weed leads to generosity, cocaine leads to selfishness and coveting.

It also seems to lead to unemployment and a seriously screwed up economy. Reagan’s recession lasted through his Alzheimer’s-addled presidency and through Bush’s war torn presidency. In Bush’s favor, he held no war on drugs; his war was about oil and a foreign nation’s sovereignty.

More and more people started realizing that the government had lied to them, and opposition to legalization was less and less. Musicians had been singing its praises and the returning Vietnam soldier was no longer the largest bunch of potheads. California legalized cannabis during the Clinton administration, in 1996, the same year the federal government repealed AFDC (welfare).

But the myths… lies, actually, still persist. After the study in the early 2000s showed that marijuana didn’t cause cancer and may prevent it, the Partnership for a Drug Free America changed their website, which now says that marijuana smoke contains carcinogens. Of course, all smoke does.

Half a century after the disgraced President Nixon with his “war on drugs” resigned in shame, over half of the states have legalized cannabis for medical use, and half of those have legalized it for recreational use. Some other states have decriminalized it. But the war isn’t over, the liars in DC still maintain that it’s as deadly and addictive as heroin.

Will the baldfaced government lies ever stop?