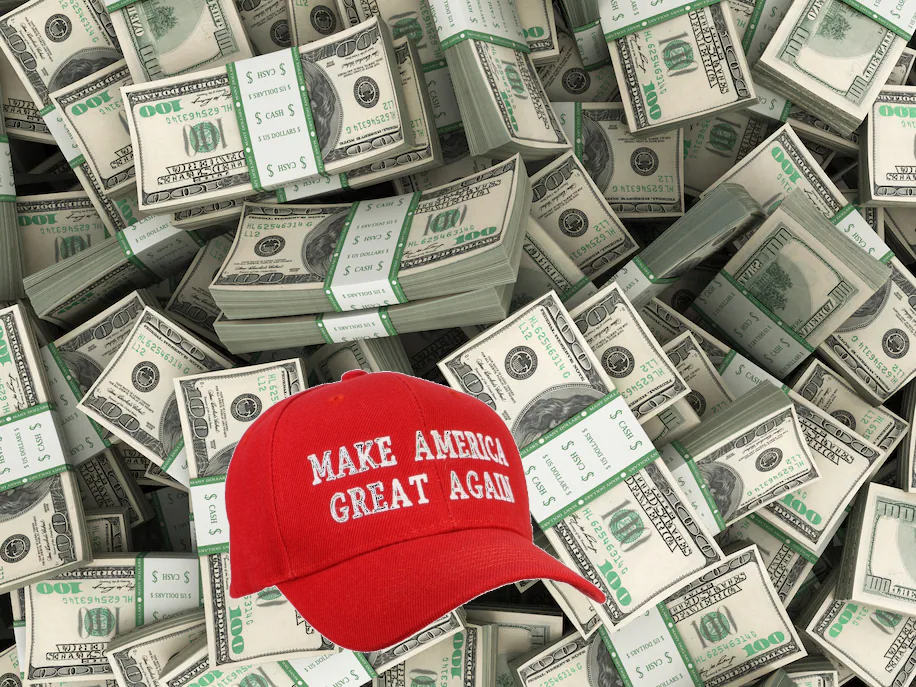 Donald Trump had an excellent catchphrase: Make America Great Again. Too bad he had no intention of doing so. The motto was as empty as coal is black. His entire administration was one of enriching himself and his friends; witness the 2017 tax cut that slashed his taxes but did nothing to yours. He was about White supremacy and hatred of foreigners. He was the world’s greatest fraudster, greater than Ponzi or Maddoff (both of whom went to prison; Trump is still free).

But what makes it such a great slogan is that it’s exactly what America needs. Not trickle down tax cuts that never trickle down, because wealth flows upwards, but restoring America’s greatness to the fifties and sixties.

Back then, we were number one in everything. Europe, Asia, and a big chunk of Africa had been destroyed in the war while we came out relatively unscathed. We had the best infrastructure except the German Autobahn, which President Eisenhower set out to remedy with the Interstate Highway System, and the Russian space technology, which Eisenhower tackled by starting NASA.

There was poverty, but far less than today. There was no such thing as the “working poor,” in 1965 the federal minimum wage was $1.50 and a McDonald’s hamburger was 15¢. Now that same sandwich is $2.49. To match 1965’s greatness, we need to raise the minimum wage to $24.90. And to keep the rich from continuing to steal our labor, tie the minimum wage to inflation like Social Security is; the rich benefit from inflation. Where do you think billionaires came from? None existed when America was great.

The rich, who own the media, stole America’s greatness and sold it to foreigners. Its media claim that raising the minimum wage raises inflation, when no minimum wage increase in history has ever led to prices rising; you can look the data up, they’re all on the internet.

The rich have another evil tool to use against America (meaning the 95% of Americans who aren’t filthy rich legal thieves), racism. Our only dark spot in those great times was Apartheid, that we called “Jim Crow Segregation”. It, and the continued racism of today are Elon’s and Donald’s and Jeff’s and the Sacklers’ and the Waltons’ way of keeping us at each others’ throats so we won’t notice who’s really holding us down.

How about tax greatness? Before World War Two, only the rich paid federal income tax; in 1940 the lowest taxable income was over four times the median income. In 1955 the top tax rate was 95%, why aren’t Musk and Bezos paying that? Instead, they pay no tax at all! Yet, nobody is willing to change it.

Perhaps that’s because we have ceased to be a truly democratic nation and have become a plutocracy, where the campaign contributions determine who wins an election. The Republicans worked to overthrow Roe for half a century, where is the party that will work to overturn Citizens United? A name, by the way, that was as much a lie as “right to work” laws, which gave no one any rights, except giving the rich the right to destroy labor unions.

How about health care? We used to have the best health care in the world, but since the rich, who are so averse to the taxes that pay for civilization, haven’t allowed America to have universal payer like the rest of the industrialized world. We have dropped from the best to among the worst. There are third world nations that get better health care than us!

Make America great again? Don’t be foolish enough to ask a billionaire to do it, because they have no clue what it’s like to be a real American, one who actually needs to work.